Huey, Dewey and Louie are jerks. 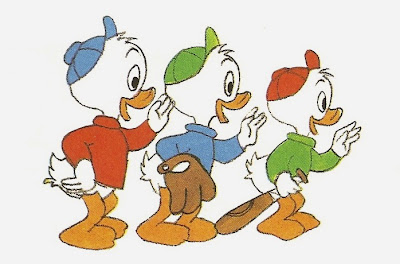 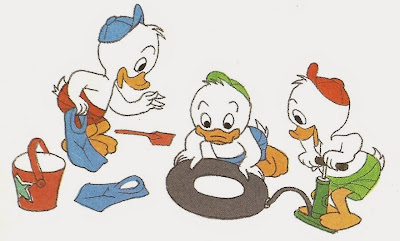 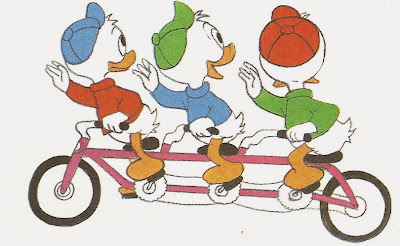 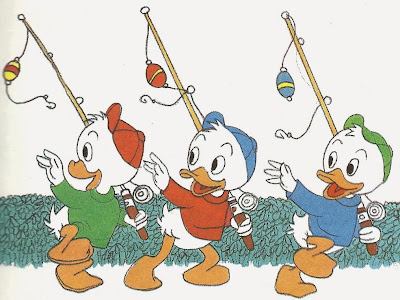 And on what occasion did these little monsters decide to so confuse their own identities? 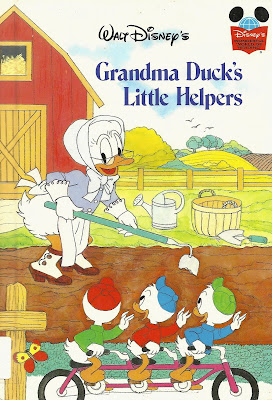 A visit to Grandma Duck's farm! Leave that poor old lady alone, you little bastards! (These images were all scanned from Grandma Duck's Little Helpers, a 1980-copyrighted Grolier Book Club Edition book; I'd tell you who drew them, but the book itself doesn't list a writer or illustrator, presumably because Walt Disney totally wrote and drew it himself.)
Posted by Caleb at 7:30 PM