I believe this is a photograph of Diamond Comic Distributors, Inc. HQ 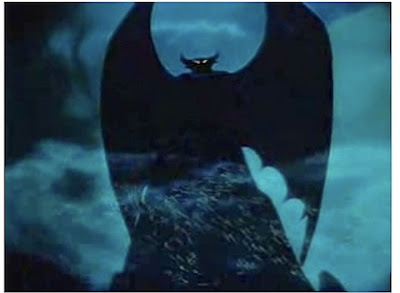 The new comics in my local comic shop are organized alphabetically, and when I show up on Wednesday afternoons, one of the folks who works there hands me the handful of releases that are in my pull-file, and then I walk along the rack, checking out what's new, flipping through books I'm mildly curious about but don't want to buy (so hey, who is that Red Hulk anyway?) and looking to see if there are any blurbs or pull quotes form me on the covers of any of 'em.

When I got to the the W's today, I noticed a blank spot near where the last two weeks worth of Wednesday Comics were shelved, and below the laminated orange New This Week card that the shop uses to designated new books was a handwritten sign saying "Diamond shortage."

Alarmed, I flipped through the results of my pull-list in my hands and realized there wasn't an issue of Wednesday Comics #3 there either. I spun and consulted the clerks, and one shook his head sadly.

Wednesday Comics #3 wasn't shipped to my local comic shop. It would probably arrive tomorrow, if I wanted to make a special trip then just to pick it up.

This isn't the first time a particular book was left out of a shipment to my shop. In fact, just last week Diamond failed to ship them Agents of Atlas. It is the first time that, as far as I can tell, an issue of one of DC's weekly comics failed to get delivered in time for new comic book day. I read every single issue of two of the three year-long series, so that's at least 104 weeks in which the books were there on new comics day. I'm pretty sure Countdown was always there, too, which would make it 156 weeks, plus the first two weeks of Wednesday Comics...that's 158 times DC's weekly books were there on a Wednesday, as advertised.

Failing to ship an issue of one of these books is a lot worse than failing to ship an issue of Agents of Atlas or whatever else, because DC's weeklies are, in large part, novelty, gimmick-y comics. Wednesday Comics has a couple gimmicks going for it, with the format being the most obvious and original one, but certainly the fact that it's a weekly and is always there on Wednesday is another of its gimmicks and thus major selling points.

Wednesday Comics is selling not just 15 installments of a series of serials by various acclaimed writers and artists, it's also selling a unique reading experience, and, well, if the damn things not there when it's supposed to be, that unique experience gets compromised.

I'm not going to not read Wednesday Comics #3 or anything. I guess I'll just read it right before #4 next Wednesday afternoon, and while it will be a less pleasurable experience, it's not really a big deal to me. But then, I'm a hardened, callused comic book reader with a lifelong commitment to the medium; I'm always going to go back the next Wednesday and buy the books whenever they end up getting there. And maybe that makes me representative of most current super-comics readers, but it can't be representative of anyone just flirting with the medium.

Now, I don't know if many—or any—people read about Wednesday Comics in USA Today, The Onion's AV Club, Pub, Publishers Weekly, The Chicago Sun-Times, Toledo Free Press, Cleveland Plain Dealer or the Honolulu Star Bulletin (or saw Dan DiDio—talking very fast and wearing a jacket!—on the Fox Business Channel) and thought "Hot damn! That looks cool! I'm going to read that thing!" and then made special trips to the comics shop each Wednesday to pick up the new issue of Wednesday Comics. But if any of them did? (There was a lot of mainstream coverage of this book, so it's possible, right?) And then they went in to the shop and were told, "Sorry it's not in today after all. Maybe tomorrow?"

Well shit, that's gotta be a little disheartening, doesn't it?

Wednesday Comics is really an experimental project, and it's really too bad that even a small aspect of it is completely out of the hands of the publisher, the retailer and the audience.

Oh well, I guess if my shop isn't happy about the service they get from their distributor and the potentials sales late shipments cost them, or if DC Comics gets pissed when their distributor fails to ship their products on time and potentially loses them future business, they could always just get their comics through a different distributor.

I deal with Diamond as a book trade distributor, and they are the absolute worst company to deal with. We can't ever get anyone on the phone, they can't be bothered to put packing lists that make any sense in any boxes, so we never know on what purchase order anything is supposed to be. Which is made even more of a problem by their policy of putting titles on indefinite backorder with no notification. Meaning, sometimes books will show up that were ordered nearly a year ago without any identifying paperwork. I don't even understand how anybody could run a business relying almost entirely on them.

I'm not sure if it's related, but my local comic store had some troubles as well. (It didn't help that one of the employees was on vacation.) Diamond must have messed a lot of people up this week.