To give my new scanner a workout, I messed around with some of the art I've been collecting lately, by my eldest niece, whose drawings of whales I shared with you guys a few months back. 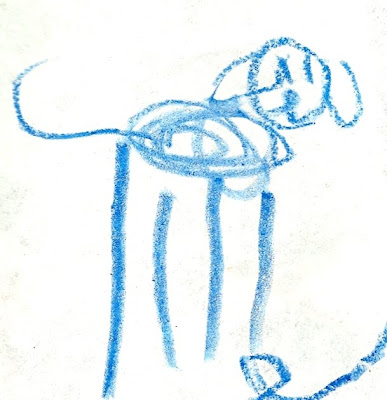 Here's a dog (Who, by the way, is actually a specific dog—Yogi, my current roommate). 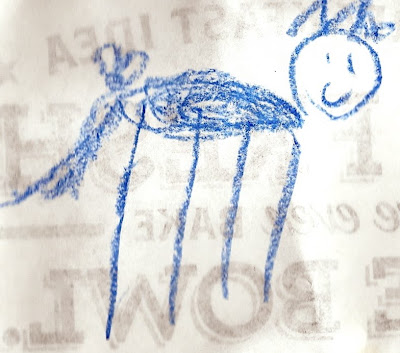 Here's a horse. No, really, it's a horse. Which, for some reason, has a disturbingly human-looking face. It's also a girl horse, Niece #1 pointed out to me, as you can tell by the bows.

Forgive the poor quality of the scan; this one was done on the back of a Bob Evans place mat. 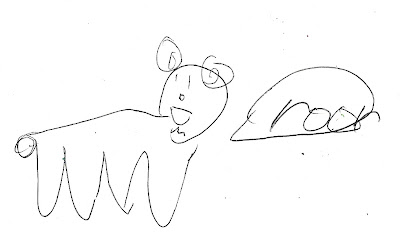 This is a bear. 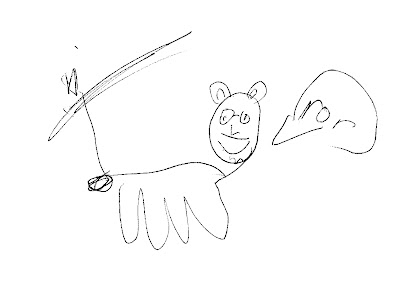 This is a bear with Uncle Caleb's head. 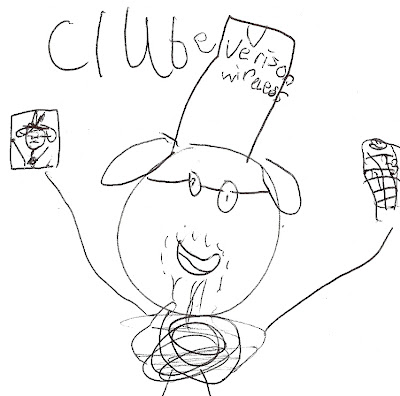 This one may need some explanation.

Speaking of avant garde, I assume that "Caleb" is spelled "Clube" not because my niece is still a poor speller but because she refuses to let the staid rules of conventional spelling restrict the way in which she can express herself. 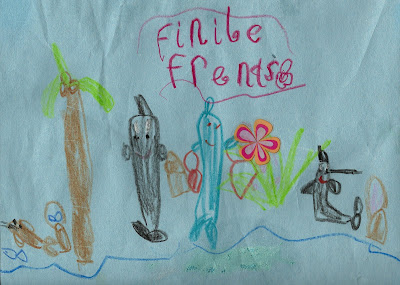 As for the subject matter, it is a bunch of sea mammals with purses, about to go shopping with one another. From left to right, that's a seal, an orca, a dolphin and a narwhal.
Posted by Caleb at 5:03 PM

I misread the last one as "Finite Friends," as in, friends who are only friends for the purposes of shopping.
Yay, Sea life!

Really breaking in that new scanner huh? I'm disturbed that your neice did a better job of spelling Verizon than your name.

Given Caleb's own frequent misspellings shes just carrying on a family tradition I'd say...