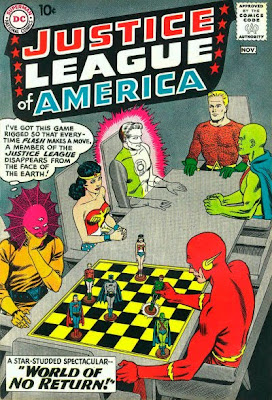 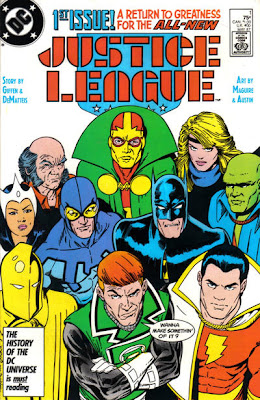 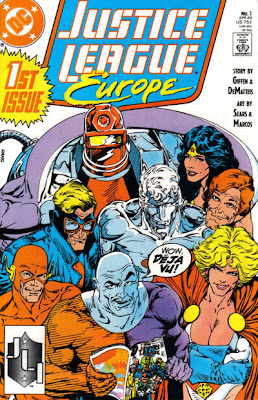 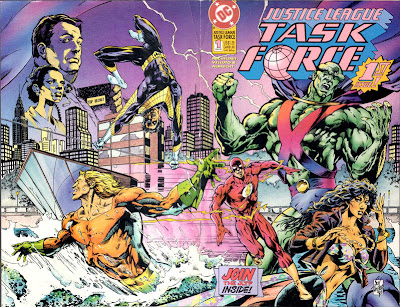 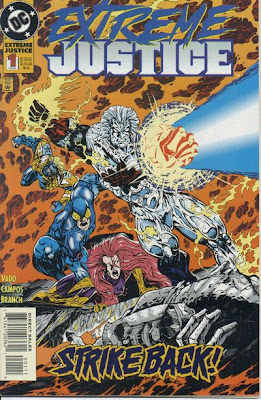 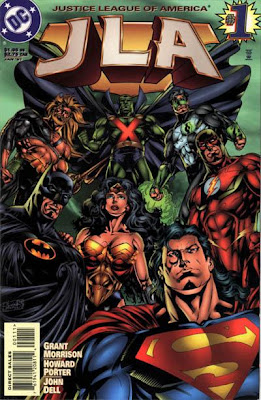 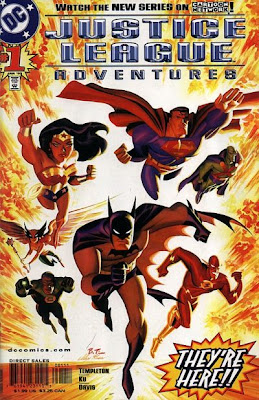 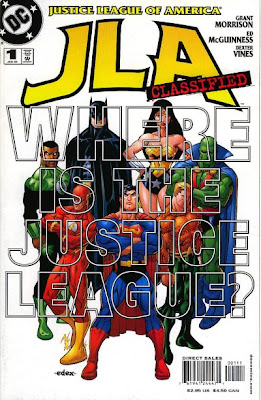 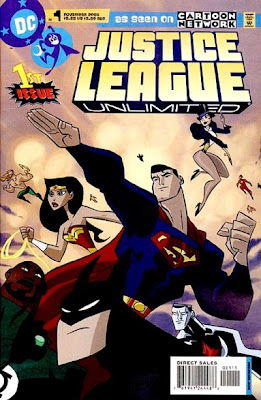 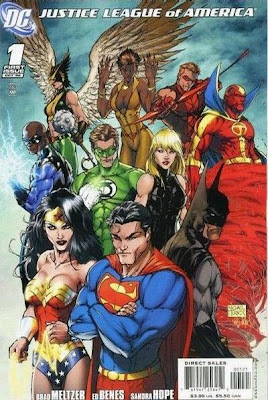 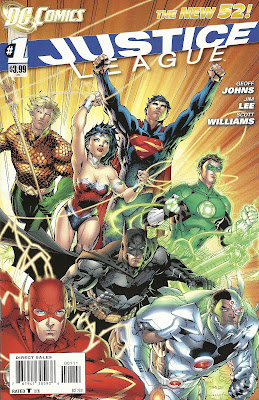 EXTREME JUSTICE?!? Really? That didn't actually get published, did it? Oh, in the 90s? Right.

Why for you bring up Extreme Justice? Boy, that series sucked (and I recently stumbled across it while digging through my stacks for the Giffen/DeMattieus JLA books...

What awful art. To think there was a time when people thought that style was good.

I still think the Ed Benes one looks boring.

Man, if you take JLA Classified and Justice League Adventures and switch up the order you get the best cover text cross-title Q&A thing I've ever seen.

Maxy - That's hilarious. And they even have almost exactly the same lineup.

I still think the Ed Benes one looks boring.

It is boring, and the interiors even more so, but that' s actually Michael Turner's cover. Benes' covers for the same image was that huge group shop of a ton of DC heroes standing in a crowd, which I think DC cut in half and put half of on two different covers, to pump up sales (I think there were something like four different covers for that issue).

I decided against using #1 issues of miniseries, as I wasn't sure what to include and what not to, which is why JLA: Year One, Cry For Justice, Justice League Elite and some others aren't in there.