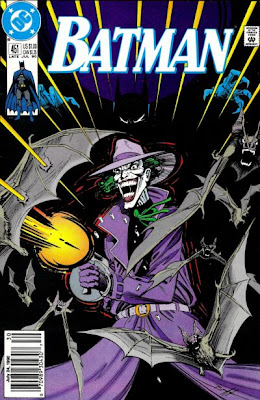 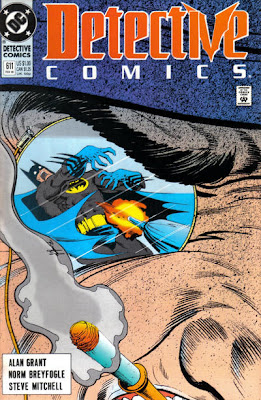 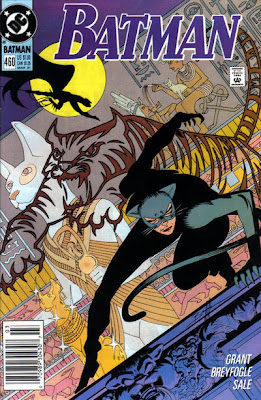 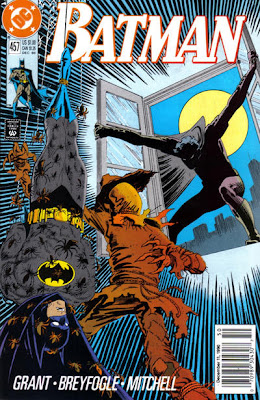 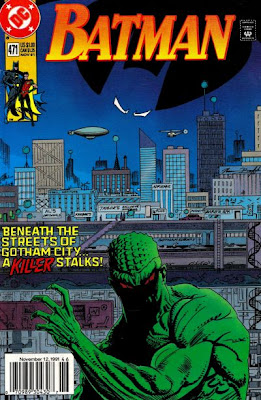 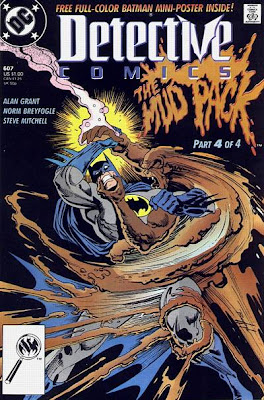 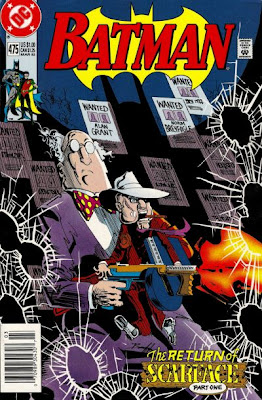 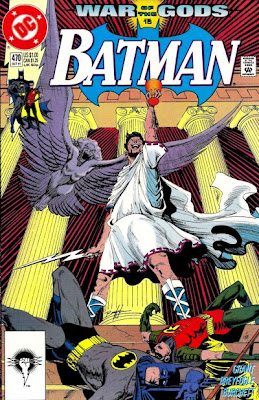 I remember gazing longingly at these covers in back issue bins as a kid. When I finally saved up enough money to buy a bunch of the back issues with the pretty Norm Breyfogle covers, I was disappointed to find that some of them had Jim Aparo art inside. In my mind, Aparo is the antithesis of Breyfogle, with his stiff, uncomfortable-looking characters compared to Breyfogle's dynamic, fluid characters.

showing my age, but I bought all these (and the Aparo stuff of the same era) off the rack. I loved both guys, even though I understood they had very different approaches.

But, secretly, I always liked Breyfogle a little better. I've always been a little sad DC won't make a place for him back on a batbook somewhere other than the well-intentioned "Retro" books.

I loved Breyfogle's art in the 90s. Sadly his style has shifted a bit in the last decade and I find it to be just a bit weaker than it once was.

B.G., you should check out 70s Aparo art and you won't say the same thing. He was a master craftsman in his heyday, but by the 90s had really lost a lot of his spirit in his art.

Ha ha, I knew I was treading dangerous ground by insulting Jim Aparo. I admit, I've seen some of his 70s work, and I did like it better than his 90s work. But then of course in the 70s he had to be compared to Neal Adams and Marshall Rogers, which isn't much better than being compared to Norm Breyfogle. Regardless, even if I'm not crazy about his style, I do recognize that he's a talented artist--at the very least, he knows how to draw pictures that tell a readable story, and he's able to produce on a monthly schedule, which can't be said for many artists nowadays.

I confess: When I first started reading Batman comics around the time some of these were published (I think that one with the Ventriloquist on the cover was my first) I HATED Aparo's art.

He drew a great Batman and Alfred and Joker, but in general I thought everything was stiff and unappealing, especially the action scenes and especially compared to what the rest of the superhero art looked like at the time (I remember writing a letter to the editor about how much I hated the ties Aparo designed and the way he drew Tim Drake's hair and clothes).

Now I think his character designs are in a lot of ways definitive (Especially his Batman and his Alfred; whenever I imagine Alfred, it's Aparo's Alfred), but it took me a while to appreciate his art.

Now I MISS it.

I agree with you on Aparo's earlier work too, Nick. My favorite stuff of his I've seen has been in Showcase collections, which showed him at the height of his ability, and remove the garish, poorly applied colors of the day so you can appreciate the drawings better.

Both artists are great, though I prefer Aparo. For the record, one of the reasons for his diminishing quality was that Aparo was slowly losing his sight. I'm pretty sure he was legally blind before his death.

Breyfogle and Grant represent, still, one of the best teams of Batman authors ever. I truly miss them!