The most important unresolved question about DC's "New 52" reboot/realunch: 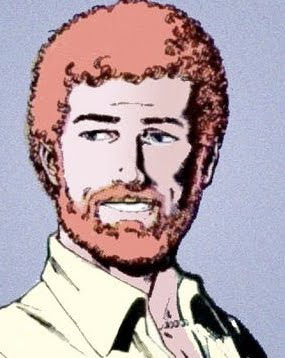 Does Terry Long still exist in the new continuity or not?!

Yes, but he'll now have a high collar, piping on his clothes, and no underwear.

This will make it or break it for me.

Yes, but he'll now have a high collar, piping on his clothes, and no underwear.

I'm fine with him having a high collar, just so long as he buttons it to cover some of that unsightly chest hair he always seems so proud of.

I liked Peterson's take on Terry Long: he said 'I'm gonna kill Terry Long if it's the last thing I do.' and 'the problem had become [that] every month the Titans became, “A very special issue.” Y’know, “This issue, Terry Long will cry.”'

I would like to see all of Marv Wolfman's Sues take a breather in the reboot, but that isn't happening.

I'm just happy everyone's on board with getting rid of this guy.

I cannot qbide the Terry Long hate, but Hyle's comment is funny.

I realize now that Flashpoint missed a great opportunity: Terry Long - President of the United States.

Nothing would signal that the world of Flashpoint was an abomination that must be destroyed more than that.