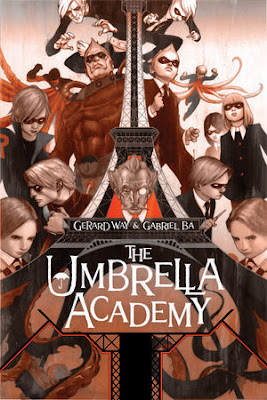 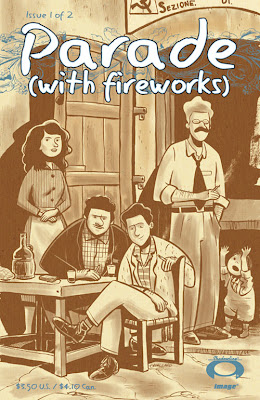 I am exceedingly proud of the headline this week.

New rule: Nobody’s allowed to use the word “pornographic” unless they understand they clearly understand the definition of that word. And none of that “I’ll know it when I see it" crap; it’s in the goddam dictionary. 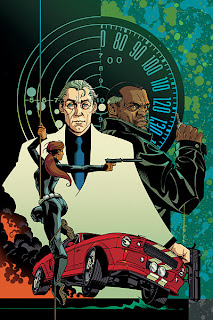 As an aside, did I see the Vertigo version of Black Orchid in this week's Birds Of Prey?)

Yep, in a slightly obnoxious way that kind of proves your point about how unappealing such crossovers might be. But when a character's book seems well and truly defunct, they seem to get freed up-- Swamp Thing and Animal Man started popping up like that in the mid-90s.

The boundary at this point makes even less sense than it ever has:

The Doom Patrol, *with its Vertigo history as one set of its memories*, is back in the DCU.

Kid Eternity, Scarab, and the Wesley Dodds Sandman who had sex with Dian all showed up in the early issues of JSA-- the Johns book that I think did as much as anything else to launch the current DCU atmosphere and sensibility. Hector and Lyta carried Sandman baggage into JSA, and then went to their reward in the Dreaming, etc. etc. The Phantom Stranger is a regular in the DC Shadowpact and will be a regular in the Vertigo Madame Xanadu.

So at this point I have no earthly idea what the rule restricts, other than Constantine appearances in the DCU in other than an easter-egg fashion, and any appearances at all by Tim Hunter in the DCU, which is a crying shame since Tim was a product of such a great shared-universe story in the first place.

You're right about the bizarre standard on sex and violence. It's not wholly new-- at various times the Grell Green Arrow, the Ostrander Spectre, and the 90s Demon and Hitman books were on the stands alongside, say, Books of Magic or The Dreaming-- or, for that matter, Black Orchid. But the raunchy sex references on the DCU side have been ramped way up...