This week's LVW column is devoted to this jewel of a project: 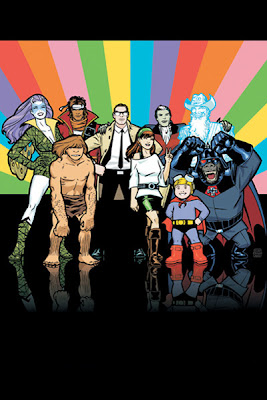 "But Caleb," you say, "didn't you already review it during last week's Weekly Haul, and in Monday's Best Shots column at Newsarama?"

Yyyyeeeahhhh, but it's an entirely different review. Really. I mean, it's still very positive and makes some of the same points, but it does so more concisely, and for an audience who may not know or care who the hell Geoff Johns is.

Anyway, I hope you guys won't feel terribly used to find out that I occasionally use the Weekly Haul feature as, like, a rough draft for later reviews.
Posted by Caleb at 5:02 PM