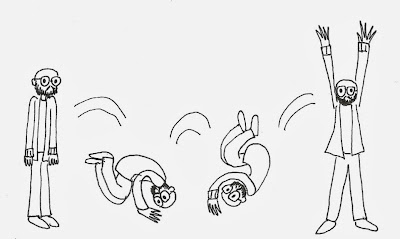 So I have a Tumblr [sic] blog now, which I am calling The Library of Calebxandria, and which you can visit here.  It took me about two days to figure out how to sign up for and work it, because I am dumb, and I've only been posting once daily for two days now, so there are a grand total of two whole posts there.

My plan is to use it mainly for images with a sentence or two of commentary, and stick to reviews and longer form stuff here at EDILW.

Also, the impetus for starting one was to have a space where I could make jokes about books and DVDs and other, non-comic media material (hence the name), although so far all I've put up there has been comics related.