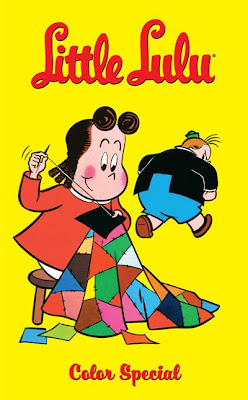 If I would have taken the time to flip through a copy of the Little Lulu Color Special in a shop, I probably wouldn't have purchased it, as the stories within are the same ones available in Dark Horse's black-and-white reprints, only presented larger and in full-color. But I ordered it sight unseen from the Internet. (Don't worry, local comics dealers—I was only adding it to an order of a prose book to qualify for free shipping!) Not that it was a complete waste of time and money. I did learn a few things from it. Well, four things.


1.) That old witch Hazel, the villain of the stupid, boring-ass stories Lulu tells Alvin occasionally, has green skin, like the Wicked Witch of the West from The Wizard of Oz. 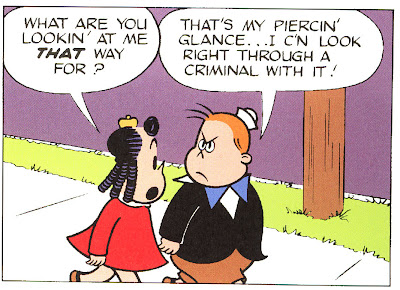 This honestly shocked me. I was sure it was red.


3.) Willy Wilkins apparently started dying his hair at one point: 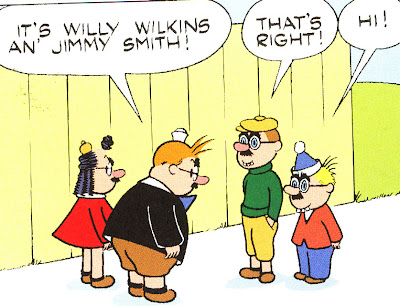 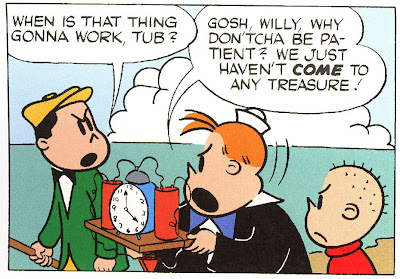 4.) Tubby's cousin Chubby isn't a slightly smaller identical version of him after all; Chubby's hair is lighter: 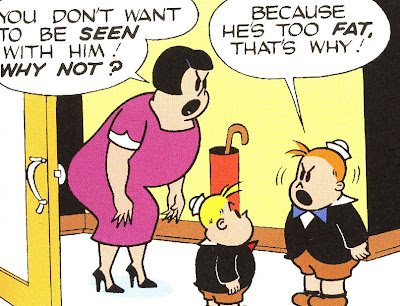