And he owed it all to cigarettes...

College senior Jay Garrick has studied the gasses emnating from "hard water" for three years, and is about to embark on a new experiment to seperate the elements. 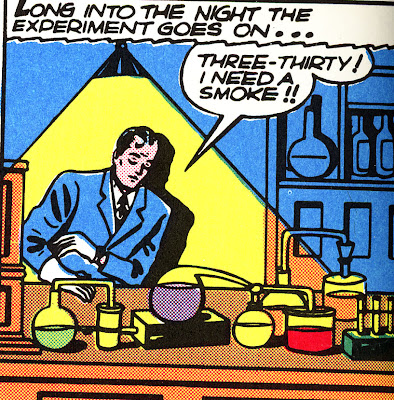 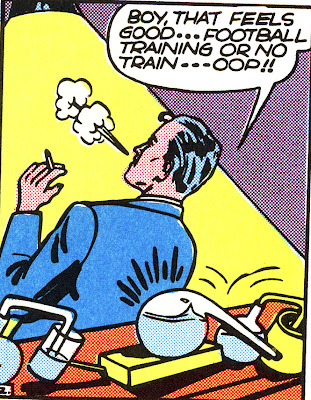 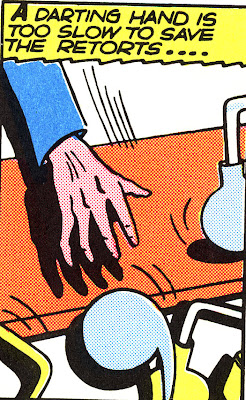 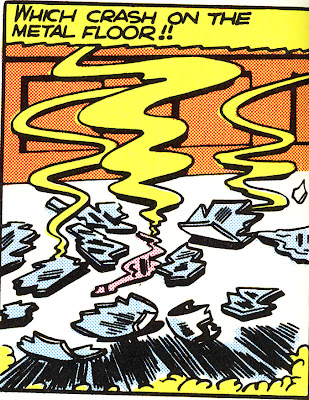 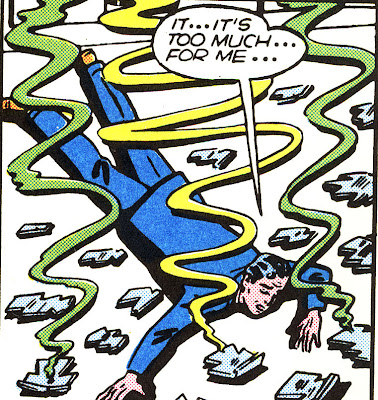 He's found unconscious in the lab the next morning, having breathed in the new gas created by the accident all night. What effect will it have on our young hero? 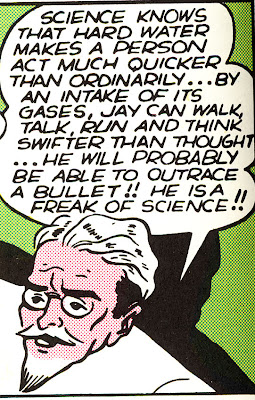 And you know what that means...

Not only does The Flash owe his super-speed to cigarettes, be it indirectly or directly (Did the cigarette smoke combine with the fumes to form that new gas? Did the amount of nicotine in Jay's blookdstream contribute to his becoming a freak of nature?), but he's one of the most active ninety-somethings on the planet, despite having smoked cigarettes in his youth.

If we assume he graduated college in just four years, he would have been 22 in 1939; that would make him 90 today, and he's still running around fighting super-crime with the Justice Society of America.

You'd think that super-speed would speed up the deterioration of his lungs.