Monologues for the Coming Plague (Fantagraphics), by Anders Nilsen

Why’d I Wait?: Because I had no idea it existed until I saw it on the “new” shelf of graphic novels at a local library. According to Amazon.com, it came out in July of ’06. And despite reading the Fantagraphics catalogue, reading the Diamond shipping lists several times a week and visiting one to two comic shops once a week, I still missed it. I have no excuse for my obliviousness.

Why Now?: A flip-through should be all you need to pique your curiosity. Here, take a virtual flip-through, on me: 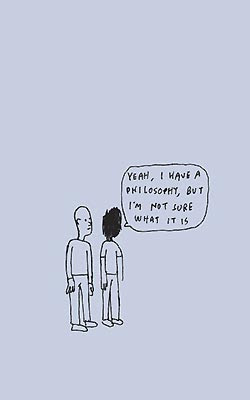 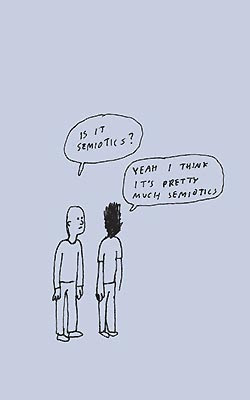 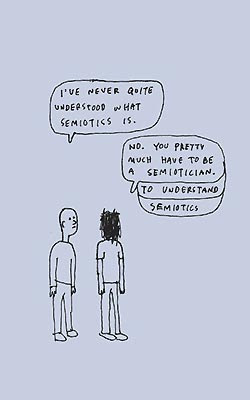 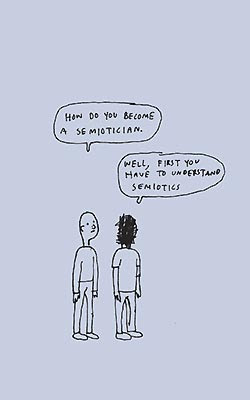 Well?: Nilsen’s art is of the “Hell, I could do that…in fact, my seven-year-old daughter could do that?” Well you know what? I don’t think you can. And I’m pretty damn sure your daughter can’t either.

Nilsen is a very talented draftsman (Go here and click on anything with the initials “A.N.” next to it to see what I mean…and confidential to you Chicagoan cartoonists: Your website is very, very hard to use), and the quick, scribbly style he uses here belies his sequential art chops. The images repeat over and over, but they’re all unique, all placed just so and all bleed into one another pretty flawlessly—whole sequences of the book work like an animated-cartoon-in-process (the bit with the changing heads on the trip to Pittsburgh, for example, or the part where the guy with a scribble for a head pulls a dead dinosaur out of his pocket), so that you can flip quickly through the book and see ‘em move. If you wanted. But you don’t really want to do that. You want to read the thing.

It’s an epic of artst-fartsy philosophy cartooning, and I readily confess that I may not have “got” it all, but I did find my self laughing quite a bit, so I got something out of it. The narrative skips around, but every seemingly disconnected element of it informs the whole, and the various threads intersect in surprising ways.

There’s a sequence of repeating images of a woman feeding a wild bird, with either the bird or the woman saying something incongruous to one another (a running gag that’s simply a fill-in-the-blank cartoon); another where a man with a scribble for a head talks to another about semiotics and goes on a “trip” with him that ends in a horrible car accident (there is no car though); the guy who doesn’t have a scribble for a head talking to an indifferent dog about career choices; some riffing on what you should do if you meet the Buddha on the road and the consequence of such action and some frank philosophical talk involving what life is like in heaven with Jesus and God.

Oh, and it introduces another philosophy, one that isn’t semiotics—it’s called The Mediocrity Principle and it sounds depressingly like my life right now. Is it a good thing? A bad thing? I don’t know. A character travels to the future to do a study on the matter, but his results are inconclusive. “It’s super hard to do studies in the future,” the scribble-headed man says.

If you like Adult Swim’s 12 oz. Mouse or some of David Rees’ odder comics, definitely buy the hell out of this. Not that it’s like either of those, other than the strange absurdism, sparse graphics and the weird evocation deep in your brain that the work your experiencing is either brilliant and deep or just kinda funny.

If you don’t like either of those things, or actively hate them, and think any book that bills itself (on the back cover) as containing “absurdist art comic,” “stream of consciousness image generation,” “automatic writing,” and “dinosaurs” is your idea of personal hell, well, you may want to check it out from the library and read the hell out of it anyway. Just in case it blows your mind.

Don’t you think that’s a risk worth taking?


Would I Travel Back in Time to Buy it off the Shelf? Nah, it has a long shelf-life, and is still readily available. As soon as I have an extra $18.95 that I don’t have anything more important to spend on—like food, shoes, medicine or Showcase Presents: The Brave and the Bold—he Batman Team-Ups Vol. 1—this book will be mine.
Posted by Caleb at 8:19 PM

Hey, great review! I'm interested in Anders Nilsen after reading his story "The Gift" in The Best American Comics 2006. That was my favorite story in the book. Is all the art in Monologues like the examples you showed, or are there parts that are less, uh, minimalistic? I like the dialogue in your selection, but I'm not crazy about the art. This does sound like a book I want to read though (even if I do hate 12 oz. Mouse). Thanks for the review!

I dig your blog, by the way. I'll be adding you to the blogroll on my blog (which you can check out if you want, but no pressure).

Thanks for the kind words, Matt.

The art is indeed pretty much just like that through the entire thing. It gets slightly more complex towards the end--there are backgrounds when one of the characters goes to prison for shooting Buddha in the head--and an SUV accident, but that's pretty much the lavor of it.

There are a couple of photos inserted too. Like, two of 'em.