The Trial of the Century: The United States v. Mr. Mind

Jeff Smith's long-awaited Captain Marvel story finally dropped this week, beginning the cartoonist's re-telling of classic multi-part storyline, "Captain Marvel and the Monster Society of Evil." It was an epic storyline by todays standards, and almost unheard of back in 1945, when it was originally published. Spanning 232 pages of Captain Marvel Adventures, it was a 25-part story which ran for two years.

I haven't read the whole thing (although DC should probably make it available stat, huh?), but I recently re-read the first and last chapters of it, which were reprinted in sweet library find Shazam!: From the Forites to the Seventies (Harmony Books, 1977). Now, there's no telling where Smith's story might go or where it will end three issues from now, but here's how the original story ended—with a courtroom drama.

Cap whittled Mind's forces down in each installment, and by the beginning of chapter 25, he's down to just two henchmen, who promplty quit. Undeterred, he goes after Billy Batson himself, using a tiny little bottle of ether to KO the boy broadcaster. He then remembers he can't strangle Billy himself, lacking hands, so he rushes to improvise, coming at his unconscious foe with a live wire. But Billy revives just in time, and Captain America finaly catches his archenemy... 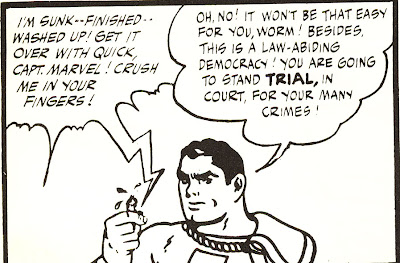 ...leading to the cutest trial of the century! Check out the adorable little witness stand! 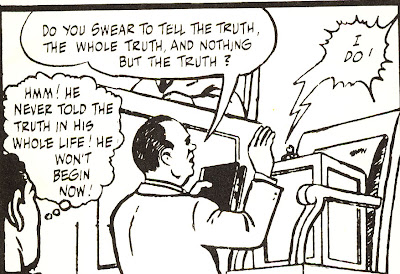 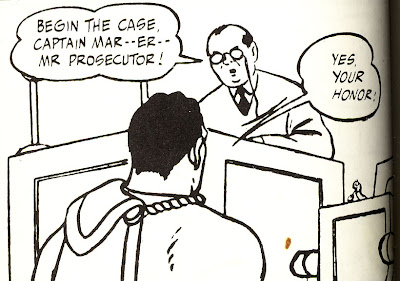 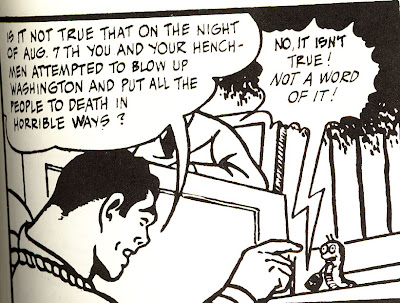 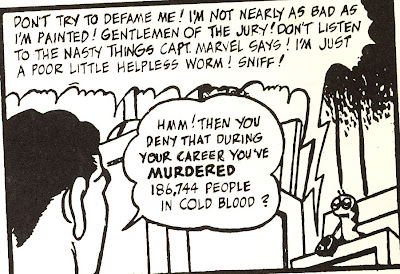 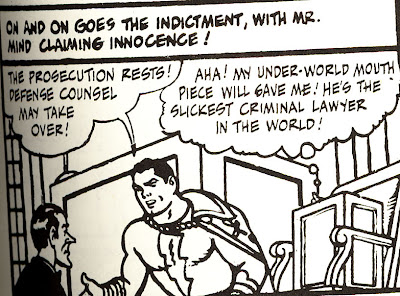 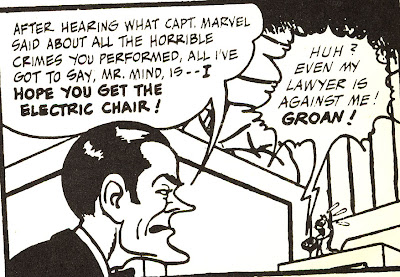 Now unlike Captain Marvel, I’m no lawyer, but I’m pretty sure this is grounds for a mistrial. 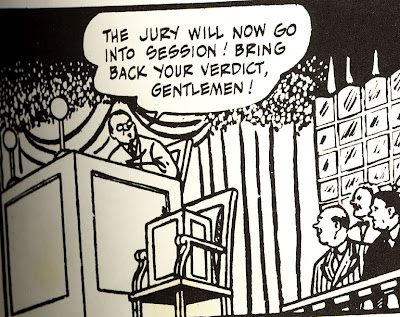 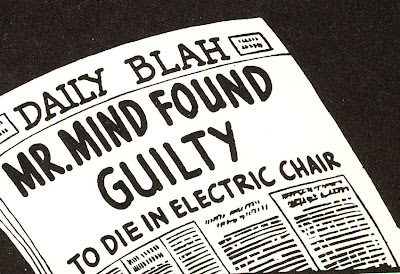 In the electric chair? But he’s just a little worm. Oh man, I bet this is going to be one cute state-sanctioned execution! 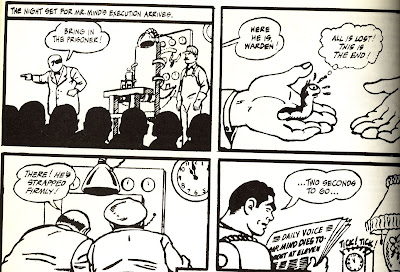 It’s kinda weird to see Captain Marvel just chilling in his house reading the paper, but it’s even more weird that he’s got a stopclock counting the seconds until Mr. Mind gets executed. 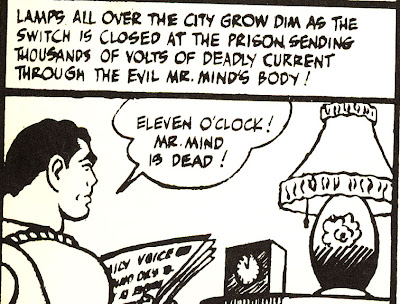 Thousands?! Just to kill a worm?! 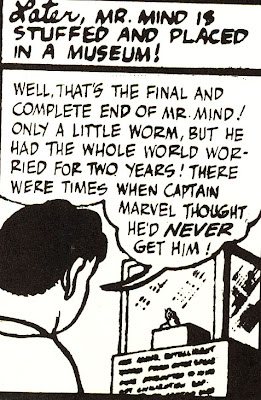 Well, apparently Mr. Mind’s race of alien space worms are built of solid stuff, because even after they pumped thousands of volts of electricity into him, there was enough left to stuff and place in a museum (which is a tad ghoulish, isn’t it? It's not like a taxidermied Saddam Hussein will be on display at the Smithsonian any time soon).

Anyway, that's how the "Monster Society of Evil" storyline ended, with the execution of the cute little monster behind it all.

Bu don't worry! Apparently Billy spoke too soon with that “final and complete end” business, as Mr. Mind would return in the 1970s to menace Marvel once more, this time in a robot body calling himself Mr. Wonderful and leading the all-girl Rainbow Squad. How did he survive?

“I’m an alien! My race is immune to electric shock!” he explained to Marvel, “It doesn’t kill us—only puts us into suspended animation!” As for the body on display in the museum, it was a fake Mr. Mind hypnotized the taxidermist into making for him.

So it turns out Mr. Mind was lucky they put him in a cute little electric chair instead of hanging him using a tiny little noose from an adorable little gallows.
Posted by Caleb at 1:29 PM

It's worth mentioning that Hitler and Mussolini were also employees of the Monster Society of Evil.

Wow, put that way, 180-some thousand's low-balling the deaths he's responsible for.

I've been wondering if Jeff Smith was going to use Captain Nazi at all in his version; if Hitler and Mussolini were in the original, I wonder if Smith will use, like, Kim Jong Il and Osama bin Laden in his version.