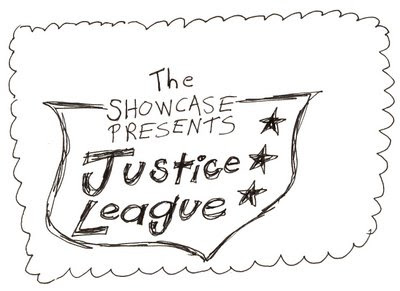 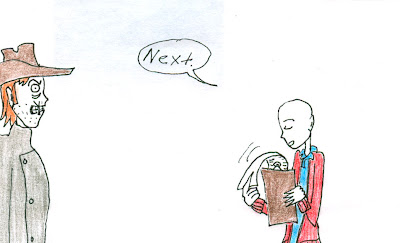 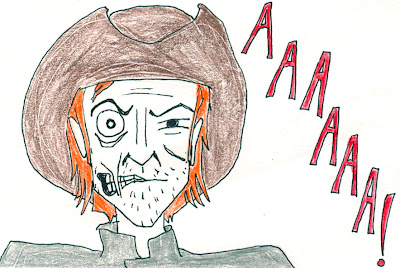 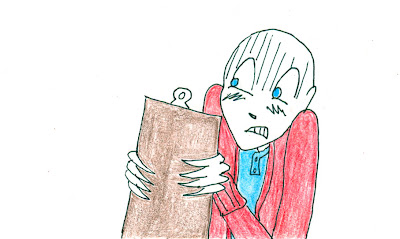 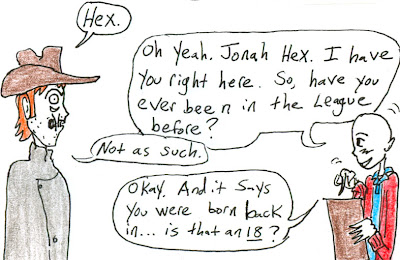 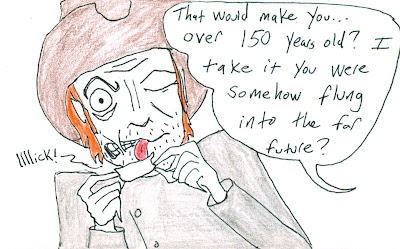 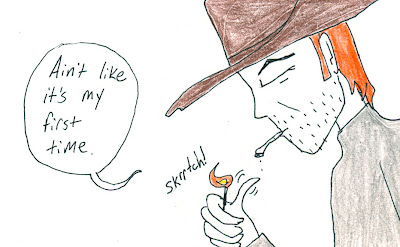 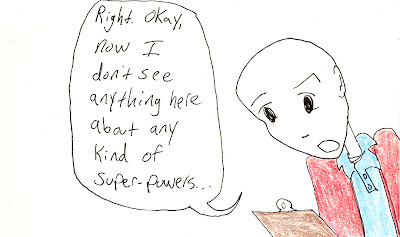 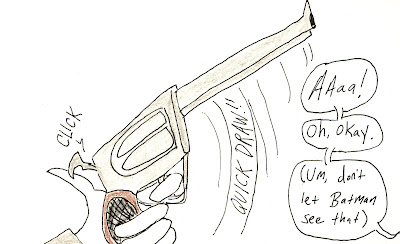 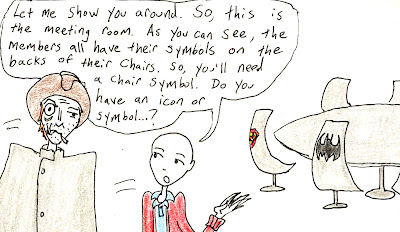 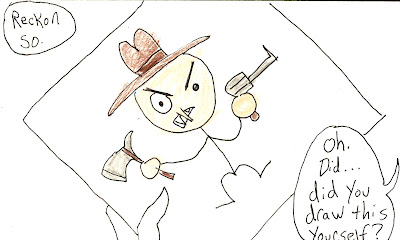 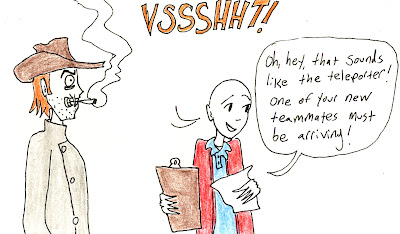 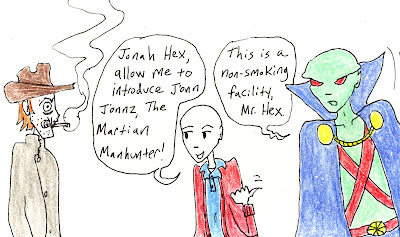 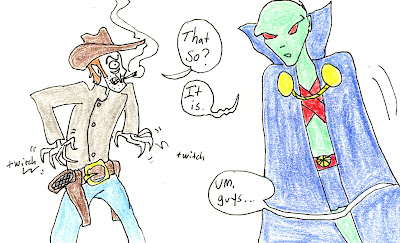 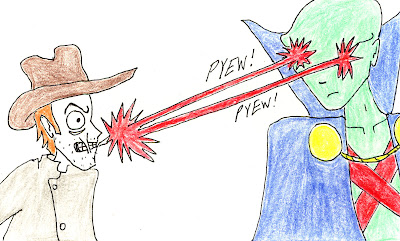 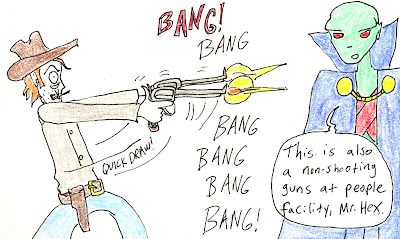 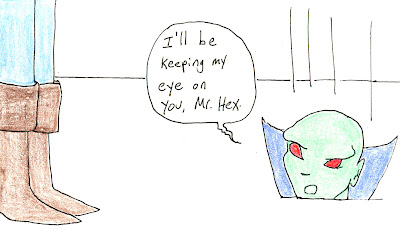 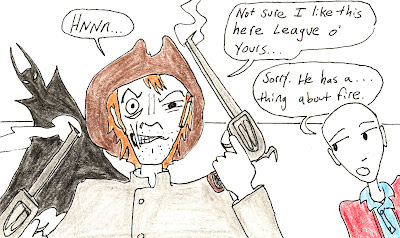 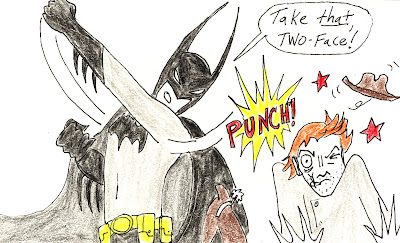 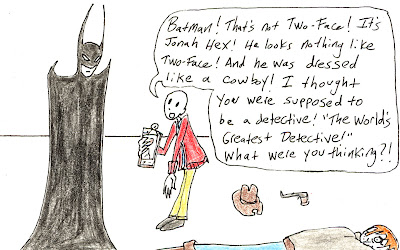 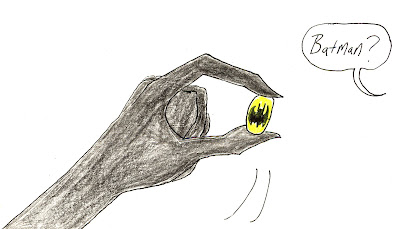 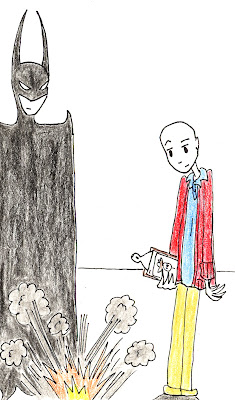 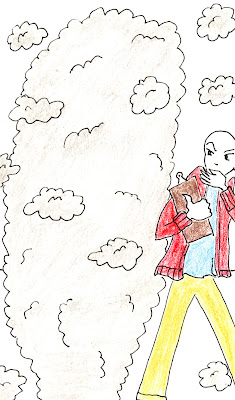 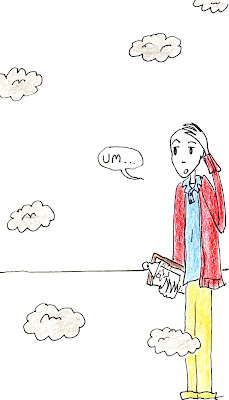 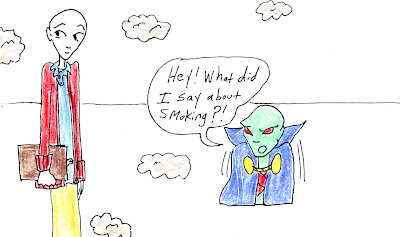 Everybody in the League seems to be kind of a dick.

Sue Dibny would be alive today if Jonah Hex was a member.

I love Jonah's logo. He never struck me as the artistic type.

As always, I love these. And as always, it's the sound effects that push me over the edge into outright laughter.

...a pity Congorilla will actually be joining some version of the League before you gave him a proper, um, vetting (boy did that sentence go off the rails). But I'm sure we're all looking forward to your using him in upcoming events. With sound effects.

J'Onn's reaction to the smoke pellets pulls it all together.

This is wonderful. And may I say that the sketch of Jonah as he lights the match is really really good?

"This is also a non-shooting guns at people facility..."

You do some seriously great work here, Caleb. ;)

For such a `grim gritty' character its amazing how much funnier life and comics are with added Batman. Between you and David Willis over at Shortpacked! I'll never be able to take the Dark Knight seriously again. (rest of it, including parts 1 & 2 were great as well) Thanks heaps!

So how do you get the job as the JLA's casting assistant? I guess you'd have to put up with a lot of bullshit, but the benes are probs tops.

Did you say Benes? You probably shouldn't have said Benes. You don't want to be around here when Caleb sees that you said Benes. ;)

Oh well hell, that was totally unintentional. Although Jonah Hex with a suggestively posed rear, that would be interesting.

May God forgive you, because I doubt Caleb will. ;)

Has anyone ever commented on-panel about the Hex- Two-Face thing? At least pre-Crisis there were a lot of characters who'd met both of them. I feel sure that there were several Brave & the Bolds starring Batman and Hex; any of them ever have Two-Face as the villain?

So how do you get the job as the JLA's casting assistant? I guess you'd have to put up with a lot of bullshit, but the benes are probs tops.

The benes?! Oh, oh yeah. I get it. How, you ask? The true nature of the experience will be revealed in the last installment (Which, at this rate, will probably be reading in January of '09 or so). But the end of "Previously in..." chapter and the title card probably offer a pretty good clue.


Although Jonah Hex with a suggestively posed rear, that would be interesting.

I would love to see Benes do a period piece of anykind...I just can't see him drawing, say, women with hoop skirts or old school Victorian gear. I shudder to see how he'd draw horses though, given how much, uh, material he has to work with when it comes to his favorite part of the body.


Has anyone ever commented on-panel about the Hex- Two-Face thing?

That seems like something that's just had to have happened somewhere at some point, but I can't think of an instance where I've seen it. Did it come up in that Batman: The Animatd Series with Hex in it? And didn't Batman and company go back to cowboy times in JLU once?

This is hilarious. Not just in parts--the whole thing. Hard to have each panel be its own punchline but you did it.

Actually Hex never appeared in B&B with Batman. Palomatti & Gray wanted to have a storyline in th ecurrent series that would tie hex to Harvey Dent but it was nixed (& rightly so).

This was pretty funny and I enjoyed seeing it.