PSA: You may want to just plan to spend your vacation in Columbus this year 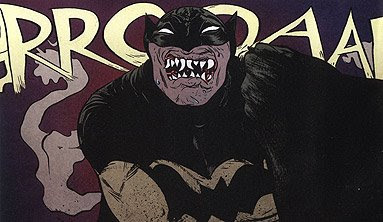 See, this is why I dig living in Columbus.

I had previously mentioned the upcoming Jeff Smith: Bone and Beyond exhibit at Ohio State University's Wexner Center For the Arts and Cartoon Research Library, which will be running from May 10 through the beginning of August.

Well, it turns out there's going to be a few other can't-miss events going on in May in conjunction with the exhibit.

On May 10, Jeff Smith and Scott McCloud will have a conversation about Smith's career and comics in general at OSU's Mershon auditorium. On May 15, Terry Moore will give an artist's talk at the Wex's film/video theatre, followed by a book signing. And on May 20, Paul Pope returns to his one-time hometown for a talk and book signing in the same place.

Just click on the above for the specifics, and for more on the institutions, click to wexarts.org and cartoons.osu.edu. My fellow Columbusites, you may want to mark your calendars and start clearing your scheudles. Readers from outside central Ohio who think it may be worth a trip, feel free to hit me up for restaurant recomendations or whatever.

(Image: A futuristic Batman showing off his fake Dracula teeth to scare evildoers in Pope's Batman: Year 100)
Posted by Caleb at 9:07 PM

You have great travel/vacation blog !!!