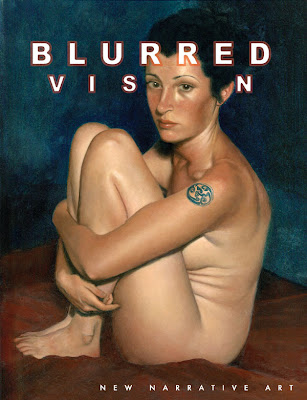 In the interest of full disclosure, I should probably let you all know something right off the bat: I fucking hate anthologies.

Not all of them, of course. In fact, I’ve certainly read some that I love, and anthologies are certainly a great way to get to know new creators whose work you might not otherwise have run across.

But the level of risk involved with an anthology is so much higher than that of a non-anthology comic, you know? A normal comic, you pick it up, crack the cover and start reading, and within a few pages you’ll probably know whether you like the book are not. Whew! If you do dig it, breathe a sigh of relief, sit back and enjoy the rest of the book. And if not, set it down and go find something else.

But with an anthology, there’s a higher degree of anxiety, as that uncertainty repeats over and over every couple of pages. Sure, when you hit a bad story, you can rest assured that it will be over soon and there’s the promise that the next one might be better—but that promise is mingled with the threat that the next one could be just as bad, or perhaps even worse.

In other words, anthologies tend to make me really nervous while I’m reading them. But that could just be me; a general state of anxiety might not be the same response other readers have while reading such books.

If any of you have actually made it all the way through my rambling introduction, you’ll be rewarded by finding out that the last comic to make me that nervous is Blurred Vision 4 , NYC-based publisher Blurred Books’ fourth go-round collecting short avant garde art comics stories.

It’s an anthology of the most nerve-wracking kind, as there’s no real organizing principle narrowing down the anything-goes nature of the stories. That is, these aren’t all stories about Bigfoot or based on Belle and Sebastian songs, nor are they all stories from people are coming to comics from the same field or who all know each other and share a similar aesthetic or whatever.

If the 22 stories in Blurred Vision 4 share anything in common, it’s that they tend toward the sharper bit of the cutting edge (which can be a good thing), and that they tend toward the pretentious (which can be a bad thing), as evidenced not only be the how far the proverbial envelope gets pushed in many of these stories, but by the contributor’s bios that precede each story—occasionally they take longer to read than the stories themselves.

It probably sounds like a backhanded sort of compliment, but perhaps the book’s strongest virtue is that it’s so interesting—even the worst failures fail in ways that make watching them not quite work seem somewhat worthwhile.

For example, Andrei Molotiu and Quintin Gonalez tell “stories” so abstract that they are essentially just juxtaposed panels, and one could perhaps get in an argument over whether they’re comics or not. Ditto the contribution of D. Dominick Lombardi, entitled “Heads,” which is a series of four shapes (presumably highly abstracted heads); it that’s sequential art, it is so only technically.

The duo referred to as “Icecreamlandia” present something called “Kings/Queens,” in which images of prom king and queens are laid out like the royals in a deck of cards, the same image repeating twice on the same card/page, the torsos touching, with different amusing dialogue written in. Is that comics/sequential art? Again, it’s something it might take an argument to resolve; it was funny though.

Kevin Mutch presents a piece called “Captain Adam 2,” in which he cut the panels out of old comics, put them in a pile, reached for them one at a time, and pieced together a story in his mind, altering them slightly to make the story clear to readers. It’s obviously not much of a comic, and if not for the explanation of the process, might not have any value as a story, but it’s an interesting experiment.

Ethan Persoff’s “A Dog and His Elephant” shows us what appears to be an elephant-headed house-wife in an abusive relationship (it’s the third part of a three-part story which began in BV 2, so I might be missing something). It’s pretty unpleasant, but its interesting looking, and Persoff’s illustration of how many pills the elephant pops is cool.

A few of these contributors have names that will surely jump out at the more casual comics reader.

There’s a piece by K. Thor Jensen (of Red Eye, Black Eye fame) called “Bolus” which consists of six panels of an abstract shape talking. The introduction explains that it’s an excerpt from a forthcoming book of Jenkins that will “deal with clouds, cloud-like forms, and cloud-influenced behavior.”

There’s also one by Matt Madden, co-author of Drawing Words and Writing Pictures and co-editor of The Best American Comics 2008 (who will be in town later this month, by the way), called “The Others,” which welds a narrative onto a sketchbook. Or is perhaps simply a narrative that poses as a sketchbook with a narrative welded on. Either way, it’s inventive in a way that is both impressive and entertaining, and was on of my favorite pieces.

Others of my favorites include a one-page piece by Michael Tague called “Now is the Winter of My Heart,” in which giant baby penguins roam the ice age and Stephen Hawking is in a very bad relationship, and Koren Shadmi’s “Antoinette,” in which a college guy hooks up with the object of his crush, a girl named Antoinette whose body carries her severed head around with her all the time.

Personally, spending time with these stories felt a bit like be at a party where you don’t really know anyone, but everyone seems really cool and interesting, although they really get on your nerves and you’re sure they’re all making fun of you on some level and you think that maybe you could be friends with them if you met them under different circumstance but something’s just really off.

But again, maybe that’s just me. After all, I spend a lot more time reading comics anthologies than I do going to parties.
Posted by Caleb at 9:25 PM

See, I like anthologies for exactly the reason you don't. Every few pages, you get to try out something new. And usually at least portions of every anthology are worth reading. I don't think I've ever read one that didn't have at least one story I enjoyed.