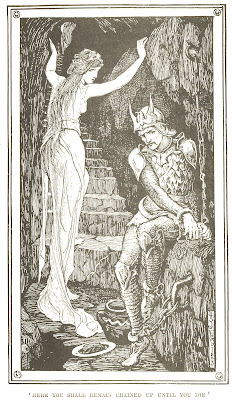 The witch-maiden from "The Dragon of the North," having chained up the protagonist prince in a cave, where he'll spend the majority of the rest of his life. He deserved it though, so don't feel bad for him—in this story the prince is actually more of the bad guy then the witch. This is a plate by H.J. Ford. 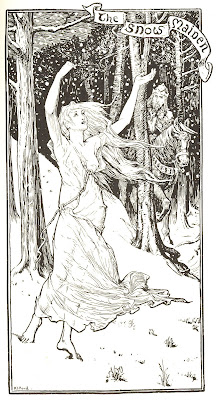 The Snow-daughter from "The Snow-Daughter and the Fire-Son," shown here walking around on a snowy winter night "with very few clothes on," as she was happier the colder she was (Hence the name). Another plate by Ford. 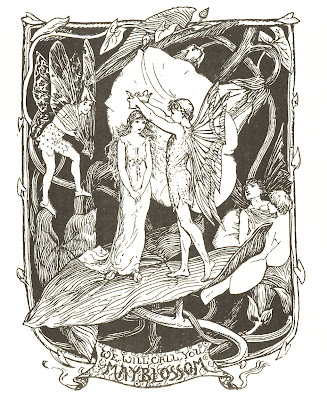 The title character from "Thumbelina," being crowned Queen of the Flowers and rechristened "May Blossom" on her wedding day. There's no credit listed for this woodcut, but I assume it is also by Ford. 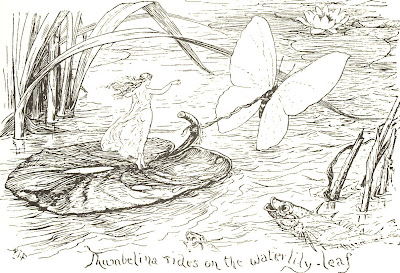 Thumbelina from earlier in the story, riding upon a lilypad pulled by a butterfly. This is another woodcut, presumably by Ford, as the initials in the lower left corner look like they could be H.J.F. 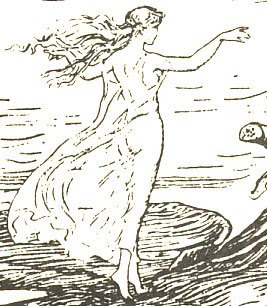 That's an awfully sheer dress Thumbelina is wearing, isn't it?

Why, just look at the way that fish is leering at her.
Posted by Caleb at 7:28 PM

Hardly surprising, really. Lots of fairy tales deal with sexuality (otherwise there'd be nothing there for people like Alan Moore or Angela Carter to mine). Still, I'd never seen these particular illustrations before. Thanks for sharing.

My dad has a boxed set of the Red, Yellow, Green, and Blue Fairy Books, and I grew up reading and hearing the stories. I've always loved these illustrations, but I don't know that I ever noticed how hot they were.