Despite their best efforts to get out of the serial comic book publishing business with rather random 33% price hikes throughout their line, Marvel will still be int he publishing business come September of this year. And what will they be publishing? You can see everything here, and you can listen to me mouth off about it here: 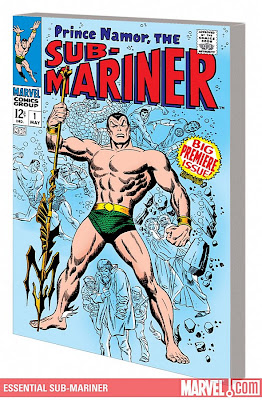 ESSENTIAL SUB-MARINER VOL. 1 TPB
Written by STAN LEE, ROY THOMAS, RAYMOND MARAIS & ARCHIE GOODWIN
Penciled by WALLY WOOD, GENE COLAN, JACK KIRBY, JERRY GRANDENETTI, BILL EVERETT, DAN ADKINS, WERNER ROTH, MARIE SEVERIN & JOHN BUSCEMA
Cover by JOHN BUSCEMA
Ten years after the last issue of the Golden Age's SUB-MARINER COMICS, the Avenging Son finally claimed a monthly feature in TALES TO ASTONISH, the entire run of which is presented here! Namor's on an undersea quest, braving the Seaweed Man, the Demon of the Diamonds and other oceanic oddities for the power to protect his kingdom from his perennial would-be usurpers: Attuma, Byrrah and Krang! But even if he reclaims his crown, Puppet Master and the Secret Empire want him as their puppet king! Plus: Namor learns secrets of his past, but does his future lead only to...Destiny? Guest-starring Daredevil, Iron Man and the Hulk! Collecting DAREDEVIL #7, TALES TO ASTONISH #70-101, TALES OF SUSPENSE #80, IRON MAN & SUB MARINER #1 and SUB-MARINER #1.
504 PGS./All Ages ...$19.99

Um, that’s all I really have to say about this.


HULK #15
Written by JEPH LOEB
Pencils & Cover by IAN CHURCHILL
Variant Cover by ED MCGUINNESS
The battle you've been waiting for: THE RED HULK VS. WOLVERINE.
Plus: Deadpool! Elektra! Punisher! Vs. X-Force! All this and a shock ending that will have all of Marveldom twittering! Superstars Jeph Loeb and Ian Churchill continue the action packed part 2 of CODE RED!
32 PGS./Rated T+ ...$3.99

Woah, woah, woah, Ian Churchill? When did this start? Has this been going on for a while? I just sort of assumed the saving grace for Loeb’s Hulk run, the reason people were buying it despite Loeb’s scripting and the extra-dollar cover price was the presence of Ed McGuinness. 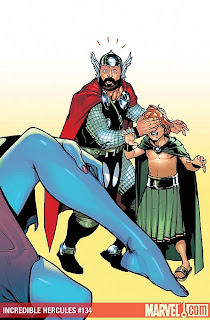 Hercules looks wrong to me wearing so much clothing. 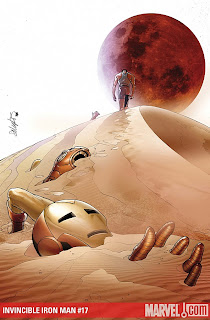 I always like images of Iron Man’s mask that make it look sad. 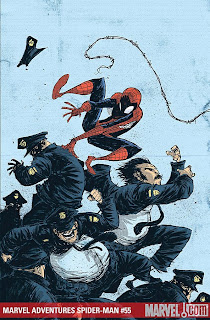 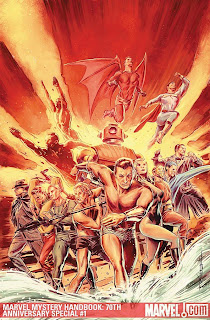 Man, it is a good time to be a fan of Golden Age superheroes.

Now if only JMS and Weston would finish up The Twelve… 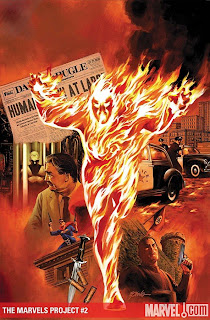 THE MARVELS PROJECT #2 (of 8)
Written by ED BRUBAKER
Pencils by STEVE EPTING
Cover by STEVE MCNIVEN
Variant Cover by STEVE EPTING
Variant Cover by GERALD PAREL
The award-winning and best-selling team of Ed Brubaker and Steve Epting bring you CHAPTER TWO in this definitive tale of the origins of the Marvel heroes. As 1940 hits the world is already changing -- The Human Torch is on the run, The Angel makes his masked debut, The Sub-Mariner stalks the surface-worlders who have targeted his people -- and a young soldier named Nick Fury saves a German scientist from the Nazis and leads him to the USA. The battle-lines drawn in this race to create superhuman weapons of mass destruction still reverberate today in the Marvel Universe -- as this epic espionage thriller continues to unfold and reveal new twists!
32 PGS./Rated T+ ...$3.99

So, is this going to be, like, Brubaker doing a Marvelized version of All-Star Squadron? Because that would be awesome. Actually, it sounds pretty awesome as is. Too bad that it’s at the wait-for-trade price point. I guess I’ll look forward to reading this in…fall of 2010…? 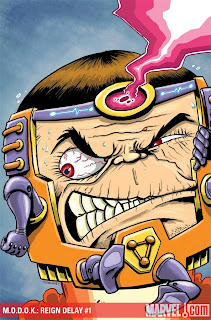 M.O.D.O.K: REIGN DELAY
Written by RYAN DUNLAVEY
Pencils & Cover by RYAN DUNLAVEY
Down on his luck, MODOK moves back into his parent's house in Erie, Pennsylvania and discovers that his family, old classmates and apathetic locals can thwart his plans for world conquest better than any super hero. Featuring obligatory guest appearances by Norman Osborn and some Canadian mutant super hero you've probably never heard of.
40 PGS./One-Shot/Rated T+ ...$3.99

I went to college in Erie, Pennsylvania. I would probably buy this simply because I would be curious to see the Erie of the Marvel Univrse, but it’s also by the artist Action Philosophers and Comic Book Comics, two great series I love. 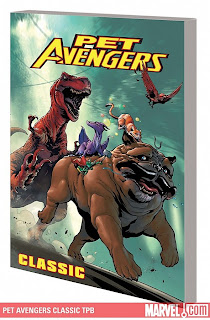 I’m not sure about the title and/or branding on this thing, but it looks like a whole lot of fun. I wonder if I’ll have an extra $25 to spend in September…? If there are any Marvel PR people in the reading audience, I would like to take this opportunity to remind you that I’m always more than happy to accept review copies. 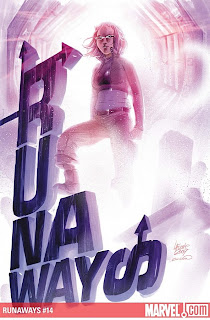 Hey is that…I mean, it looks like… Nah, couldn’t be. 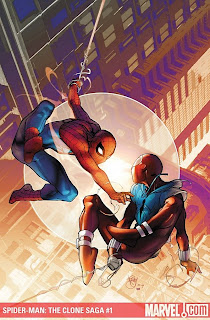 SPIDER-MAN: THE CLONE SAGA #1 (of 6)
Written by HOWARD MACKIE & TOM DEFALCO
Penciled by TODD NAUCK
Cover by PASQUAL FERRY
You’ve been asking for it...and now it’s here: THE CLONE SAGA!!! Marvel’s most controversial event of all time returns with a vengeance, presenting the Clone Saga as it was originally intended to be told! From the minds behind the crossover that changed comics forever and the artist that introduced Spider-Man to President Obama, it’s six issues of twists and turns that will shock fans old and new alike! Be here as Peter Parker’s worst nightmare begins again...now with an ending you have to see to believe!
32 PGS./Rated T+ ...$3.99

I’ve read this paragraph over and over again, and I’m still not entirely sure I understand it. Is this just a six-issue What If? miniseries…? 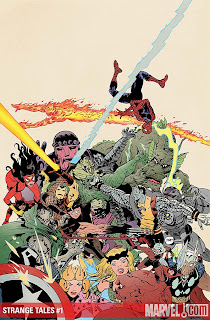 Hey look, Paul Pope draws the Marvel Universe! This is the cover for that Marvel version of Bizarro Comics that was announced something like 29 years ago now. I wonder if I'll have the will power to wait for the trade?


WAR MACHINE #10
Written by GREG PAK
Penciled by ALLAN JEFFERSON
Cover by FRANCESCO MATTINA
A DARK REIGN TIE-IN! For the last nine issues, Norman Osborn and James Rhodes have attempted to destroy each other's most precious hopes and dreams – all without ever seeing each other face to face. But now everything comes to a head as Iron Patriot and War Machine finally throw down! And this ain't just another show fight, kids -- by the end of this issue, only one armored giant will remain standing! Find out why ComicBookResources.com says, “Little did I know how far Greg Pak would take this concept...this issue proves that it refuses to let itself be overlooked. It won't sit quietly in its little corner and play nice.”
32 PGS./Rated T+ ...$2.99

Hmm. I thought this was a mini-series for some reason. I guess not…?
Posted by Caleb at 9:43 AM

99% of them (DC and Marvel) look shitty don´t you think? Most of them look so... weird... as if the target of them where nobody at all or some teenager from the nineties. Not so much for marvel (there´s always spider man for everybody), but DC? BATGIRL? VIGILANTE? MAGOG? WTF?

I thought every issue of War Machine was a Dark Reign tie-in. Do they need to keep reminding us?

Actually, isn't the entire line one big Dark Reign tie-in? Should we just call the company Dark Reign Comics for the rest of 2009?

I feel bad for you anymore. There seems to be so little coming from the big 2 publishers that appeals to you anymore. Perhaps it's time to give up on new comics and stick to Showcase and Essentials.

Re: Runaways #14- I hope so. She was always my favorite character in that book.