Six reasons why Showcase Presents: Wonder Woman Vol. 3 is going to be the best thing DC publishes in November of 2009

When going over DC Comics' November solicitations earlier in the week, I somehow completely overlooked this particular item...

Now I realize this may seem like a bold statement given I won't be able to read a single one of their books for months yet, but I'm pretty sure Showcase Presents: Wonder Woman Vol. 3 going to be the single best comic book DC publishes in November.

How can I be so sure? Well, do you know which Silver Age Wonder Woman comics are found between issues #138 and #156? 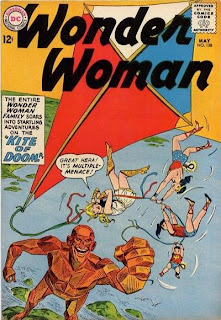 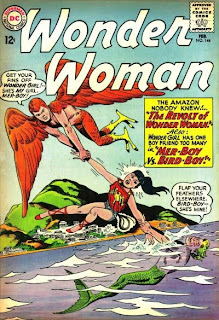 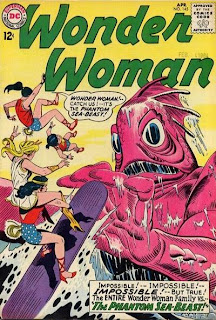 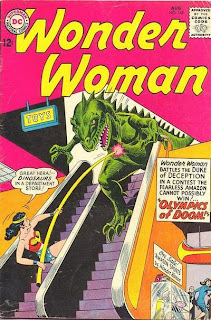 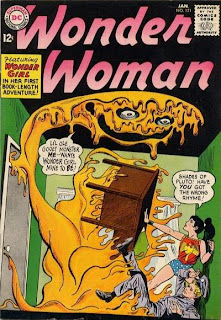 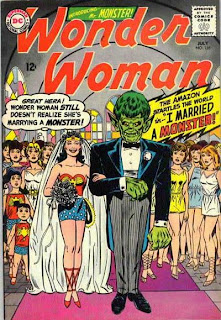 You have no idea how long I've waited to read the issue where Wonder Woman rides a surfboard at a giant fish man while holding her mother on her shoulders and juggling two versions of herself from her past and/or the one where she escalator jousts with a dinosaur in a department store during "The Olympics of Doom."

Which issue has the scene where Bob Kanigher gives WW's supporting cast their walking papers? I love that one; so meta.

Oh my gosh! I remember buying WW #144 off the spinner rack at my local drugstore when I was nine years old. I read it over and over again. There was something incredibly fascinating about the bird boy and mer boy fighting over Wonder Girl that I could not get out of my head. Hadn't thought about that one for probably 40 years, but the picture of the cover brought it all back. I'll be picking this volume up in November!