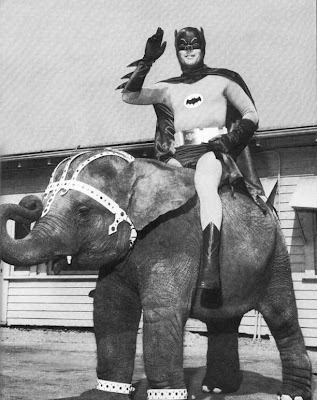 (Above: Never around when you need him)

So, unfunny story: Some motherfuckers broke into my apartment over the course of the last few days, popping out a screen window and climbing through it into my back room.

They made off with a very sad list of hardly-worth-anything-to-anyone-but-me shit, including:

—most of my DVDS, including She's All That, "Hey look it's Alyssa Milano in a state of undress!" movie Embrace of the Vampire, Transformers: The Movie, just about every Miyazaki movie, the Star Wars: Clone Wars micro-series and, most unforgivably, the Remix! Special Fan Edition of Empire Records! (Grrr!) Thank God they didn't find Beverly Hills, 90210 Season 1...

—a plastic fishing tackle box containing a couple of two dollar bills and a commemorative gold coin from the first Gulf War (it was a Christmas present), and some foreign bills from France, China and Canada

—and, most relevant to EDILW, two long boxes full of comics.

Really, who steals comic books? It's not like I had a bunch of Golden Age classics laying around or anything. The only place to even sell comics in Columbus will give you three-to-five cents an issue, so these chuckleheads are going to make somewhere in the neighborhood of $10-$20 on them, tops.

I don't keep real great inventory, but it looks like they stole one box containing random, non-Justice League DC super-team books—the last volume of JSA, various volumes of Titans related comics and, most gallingly, All-Star Squadron and Young All-Stars comics, which I'm always trying to find in back-issue bins(This makes the need for Showcase Presents: The All-Star Squadron even more urgent!)—and a box of WildStorm and Image titles from the '90s—The Maxx, Darker Image #1 (including Rob Liefeld's "Bludwulf"), and the first year or so of Spawn, which I was going to will to nieces (Maybe they'd be worth money by the time I die...?)

Anyway, I've wasted most of the night looking for clues, tallying up losses, talking to police officers, calling the places that buy used comics and DVDs, setting bear traps beneath my windows, and sharpening the bladed objects I keep at hand while sleeping, so I'm afraid I don't have a good comics post in me tonight. This is all you get! The burglars also stole my will (and time) to blog, curse them.
Posted by Caleb at 6:16 PM

Labels: batman, behind the curtain

Yeah I´m really sorry too, specially when I read transformers the move and the miyazaki ones I felt really bad. Hope u find those bastards

But what do you mean by "the course of the last few days"? Like, they stole stuff over the course of a few days? How did you find out it was continuous?

Good move on calling the places that buy used comics, I figure that's what they are going to try to do, so they might catch them (or at least get your comics back)

There is a special circle of hell for those who would steal comics. Sorry dude.

Sorry to hear that. Hope they get caught out.

I'm very sorry to hear this. At least you're OK. Best wishes to you!

I know first hand the violation of having your home burglarized, and I'm sorry you had to go through it. However, if by chance the thieves go through those longboxes and end up reading your copy of "Bludwolf," then I think they've paid their debt to society.

That really sucks, Caleb. Sorry to hear that. Although on the bright side, they cleaned out that box of old Image comics for you. :)

At least you know they're stupid for what they stole.

Sorry about that, Caleb, hope you can get at least some of your stuff back.
And, man, I'd be MIGHTY pissed off about the Miyazaki dvds.

That sucks. It is such a powerless feeling.

Thanks guys! Hopefully your curses reach the ears of he who distributes divine justice (The Spectre).


But what do you mean by "the course of the last few days"? Like, they stole stuff over the course of a few days? How did you find out it was continuous?

Eh, do to the subtlety of the breaking in (i.e. no broken glass or whatever) and the little things stolen, all from within cupboards and closets) I'm not sure when it happened, and I think it happened twice, as one day I was like "Hey, I don't remember leaving this there," and then the next day I noticed a new thing out of place.


And, man, I'd be MIGHTY pissed off about the Miyazaki dvds.

Yeah. On the plus side, they were all freebies form a past job I had reviewing DVDs, so I didn't pay for them anyway, but on the other hand, there will come a day when I'm like, "Man, I'd like to watch that movie with the raccoons who have magical scrotum powers this afternoon..." and I won't be able to do so. :(

Tough break, man - my house was burgled last year and they took my wife's laptop, my Playstation 2 and a jar of change.

Hope your bad guys get caught like mine did.

Ah but now you can use the sense violation and loss from being robbed with your ability to craft clothing from issues of Wednesday Comics to become...

See what you get for trashing Jeph Loeb? He's got friends everywhere.

Seriously, dude, I'm sorry to hear about this. :(

Sorry for your loss. Man, you spend half your life paying tribute to Batman and co., but when you really need them, where are they?

but seriously though...sorry for your losses. hope they catch punks who did it!