Some random thoughts on some WonderCon announcements 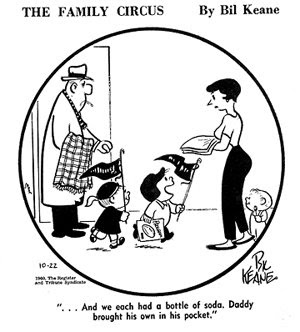 —Apparently Judd Winick will be the regular writer on Batman, a title he wrote for about 20 issues between 2004 an 2006. This is...surprising news. Under Grant Morrison, Batman was one of DC's best-selling titles (in the monthly PW Beat sales analysis, it was the second best-selling DC title, right behind Final Crisis), while Winick's star has been sinking steadily since then.

By the end of his years-long run on Green Arrow, sales were cratering, and even the wedding stunt and relaunch didn't seem to help for more than a few months. His Marvel Family mucking about ended with sales in the low 30K area, and Geoff Johns and Jerry Ordway seem to be un-writing it as fast as they can in Justice Society of America. And his Titans ongoing, featuring the most popular Titans characters, has dropped from about 76K all the way down to 39K in the space of eight issues. Oh, and then there was that almost universally ignored election series, which was, for all intents and purposes, a Justice League comic, that Winick co-wrote. It's first issue, again according to The Beat analysis, sold about 29,700 issues in the direct market, dropping to 21,400 by the last issue.

That doesn't seem like the track record for writer you'd want to hand one of your best-selling titles too, does it? But DC doesn't seem to take past performance into too great account when it comes to passing out the plum assignments. They're handing Bill Willingham, who co-wrote that terrible selling DC Universe: Decisions miniseries with Winick, Justice Society of America, another of their top books.

Now I'm no fan of Winick's, and, in fact, I think he's one of the worst writers who someone still scores regular pay checks from a major comic book company, so I'll be dropping Batman from my pull-list ASAP. I'm just really surprised he's getting another crack at the character, especially after a few years of proving that he's no longer the sales draw he apparently was at some poing.

If Morrison is indeed returning to the Bat-books, as every one keeps indicating, then I guess new title Batman and Robin is now the most likely place for his next run on the character.

—Hmmm, shouldn't Uncanny X-Men: First Class actually be called X-Men: Second Class, given that it features, you know, the second class of Xavier's X-Men? I wonder how it will fit in, if at all, with Wolverine: First Class, which I do hope isn't going away any time soon, as I dig that title (Or is this going to be set a little bit earlier in X-Men continuity than the Wolvie/Kitty Pryde team-up title, since Kitty didn't join the team at the same time as Storm, Wolverine and the gang?).

I'll probably pass on this, unless writer Scott Gray goes all out with funny accents for the various international X-Men. The only thing I liked about those old comics, which were way, way, way before my time, was seeing how Chris Claremont would phonetically write an Irish accent into the dialogue.

—I may have asked this before, but while reading Dark Horse's plans for more Buffy the Vampire Slayer Season 8 comics, the thought re-occurred to me. I never really watched the Buffy TV show, so I don't know for sure, but just how many episodes are there in a season of it? More than the traditional 13 or 26? Because it seems like this "season" has been going on for a pretty long time now...

The Newsarama coverage of the Dark Horse panel also included this cute tidbit: "[Dark Horse director of publicity Jeremy] Atkins went into how Umbrella Academy creator Gerard Way actually wanted to do comics before My Chemical Romance, implying that it is easier to become an international rock star than a comic book artist."

I'm getting just as sick of Obamasploitation in comics as anyone else, but if you're a comic book publisher and you're going to try to make a buck off the president's popularity, this is definitely the way to do it—making halfway decent comics about the man, rather than just shoehorning bad drawings of him into whatever you've already got going. I liked the Presidential Material one-shot well enough, and I'd be more likely to pick this up than a Thunderbolts vs. Obama story arc or an issue of (shudder) Youngblood with the president's likeness on the cover.

There were two more IDW announcements that I was much more excited about, however.

Again, quoting Brady's coverage: "IDW will collect The Family Circus beginning with the first strips from 1960. The first volume is due in November."

Okay, yes, The Family Circus is a terrible waste of the second and a half it takes to read it, but I'm still very eager to see what it looked like 49 years ago. The characters haven't changed a bit since I've been alive, but based on the image above, which I swiped from The Beat's coverage of the announcement, it once looked very, very different. I'm always fascinated to see how the work of daily cartoonists evolves, which was one of the chief pleasures of such projects as Fantagraphics' reprints of Peanuts and Dennis The Menace, and I enjoy seeing the origins of familiar cartoons even when I kinda hate the current versions (like Garfield, for example).

And, finally, here's Brady's announcement of one more project from the company: "IDW will publish The Complete Rocketeer, which will collect all of the Dave Stevens Rocketeer comics, completely recolored by Laura Martin, who was the late Dave Stewart’s personal choice for the project. Stevens, who wasn’t happy with the original coloring on the project kept most of the original pages, and knew where the others were if he ever needed them."

Teenage Caleb would have killed for this book back in the early '90s, when, after watching the movie, he'd try to figure out where to find the comics that inspired it, and what order to read them in, but never had any success. Adult Caleb will be quite happy to purchase this now.


—Paul Dini's writing two of the new Bat-books, Gotham City Sirens, which I expected, and Batman: Streets of Gotham, which I did not (That one sounded like a very Greg Rucka sort of book). I'm not sure how interested I am in following either of these titles; I lost a lot of faith in Dini's abilities during the year of Countdown, and he some every strange choices during his TEC run (Hush's evil hospital and The Scarecrow being Hush and Batman's boyhood camp counselor being high among those bad choices).


—Wow, listen to this, from Brady's coverage of the Oni Press panel: "Scott Pilgrim volume 6 will be out by the time the movie hits theaters. The movie, [Oni editor and my fellow Blog@ contributor Randall] Jarrell explained, will encompass the entire series, rather than just the first book. The first volume, Jarrell said, pretty much makes up the first 20 minutes of the film."

Did you hear that? The first volume makes up the first 20 minutes of the film. The pacing on this film is going to be hyper-fast, and I can't wait to see it. That, or it's going to be a six-hour film, in which case I probably can wait to see it.
Posted by Caleb at 4:23 PM

Buffy seasons were 22 episodes (except the first, which started "midseason," and only had 12).

I'm sure Whedon et all would argue that some of the multi-issue comics stories would equal a singe TV episode...but yeah, it is sorta draggin' along.

Winnick pretty much as a death touch on whatever he writes. Kind of like Yost and Kyle, but one person.

You gotta buy at least one Winnick Batman so you can tear it apart on your blog. Winnick bashing is one my favorite things you do.

I think Whedon said at some point that the season would last roughly 40 issues, since a 22 page issue is not as much as a 45 min episode.

I agree that Fables is good. Hasn't let me down yet.

As for Winick, I did like "Exiles", as I am a sucker for alternate tales like that.

Winick must have scandalous pictures of a DC exec. It's the only explanation for his ability to keep getting high-profile gigs, despite being not very good. I gave him the benefit of the doubt several times, but I won't make that mistake again. Life's too short, and comics are too expensive.

I always assumed the "Season Eight" moniker was in reference to the way Joss Whedon would plot out a season of Buffy. Namely, introduce the "Big Bad" early, then tell a bunch of stories with the Big Bad in a background role. Bring out the Big Bad for sweeps, then ramp up involvement until the finale.

By that structure, it is definitely still "Season Eight" since Twilight hasn't even been brought out for sweeps yet.

I will admit that the series is dragging though. Personally, I think it is the result of it being paced like the TV show. The problem is, rather than one plot point a week, we are getting one every couple of months.

You gotta buy at least one Winnick Batman so you can tear it apart on your blog. Winnick bashing is one my favorite things you do.

I've resisted the temptation to buy comics I won't like just to talk about how and why I don't like 'em, not only because it seems like a poor use of money, but also because of the whole-vote-with-your-dollars thing, you know? I'll probably check out whatever Winick does on Batman via a trade paperback from the library eventually though.

I liked the first two Barry Ween miniseries, and Pedro & Me. I quit reading Fables shortly after the Advesary was revealed, but only because I fell behind on it (I was following it in trade). I still haven't finished Y: The Last Man yet either...


Winick must have scandalous pictures of a DC exec. It's the only explanation for his ability to keep getting high-profile gigs, despite being not very good.

I agree with the scandalous pictures theory. Not only is he a poor writer, but he's not even a popular one. Like, Jeph Loeb may be no great shakes, but everything he writes sells like gangbusters. Winick's books don't sell any better than, say, Fabian Niceieza or Peter Tomasi or Chuck Dixon's anymore, so he doesn't seem like the guy you'd have follow Morrison on Batman.