I have a post reviewing two pretty excellent Drawn and Quarterly books at Robot 6 today. The books are: 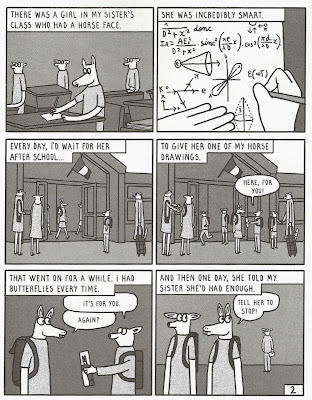 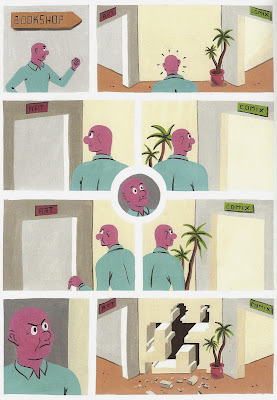 While you're at Robot 6, you may also like to stop by Tom Bondurant's "Grumpy Old Fan" column, in which takes a look at "Earth-August," the DC Universe as it existed in August of 2011, before the New 52 initiative. He nails a few of the things that so discombobulated me about The New 52: DC had spent the better part of a year doing things like having their most popular writer revamp and revitalize a handful of former Justice Leaguer characters that could have benefited from a shot of Vitamin Johns in Brightest Day, setting up a new JLI book, introducing Vertigo characters Swamp Thing and Constantine back into the DCU, and then the New 52 just came along and knee-capped all that hard work.

I don't think there's any reason to believe that Geoff Johns and Jim Lee on Justice League #1 featuring the characters from before the reboot (in their less appalling costumes) or Geoff Johns and Ivan Reis on Aquaman wouldn't have sold just as well, regardless of the continuity. Many books certainly couldn't have done any worse than their New 52 counterparts (Teen Titans vs. Teen Titans, for example, or the promised JLI vs. The New 52 JLI, etc).

The Justice League books were the ones that really rankled at the time, as I was interested in and, yes, even cared about characters like Aquaman and Martian Manhunter. But I completely forgot just how much rebooting DC did in 2010...right before they re-rebooted many characters and book (Like The Flash and Birds of Prey, for example).
Posted by Caleb at 7:01 PM